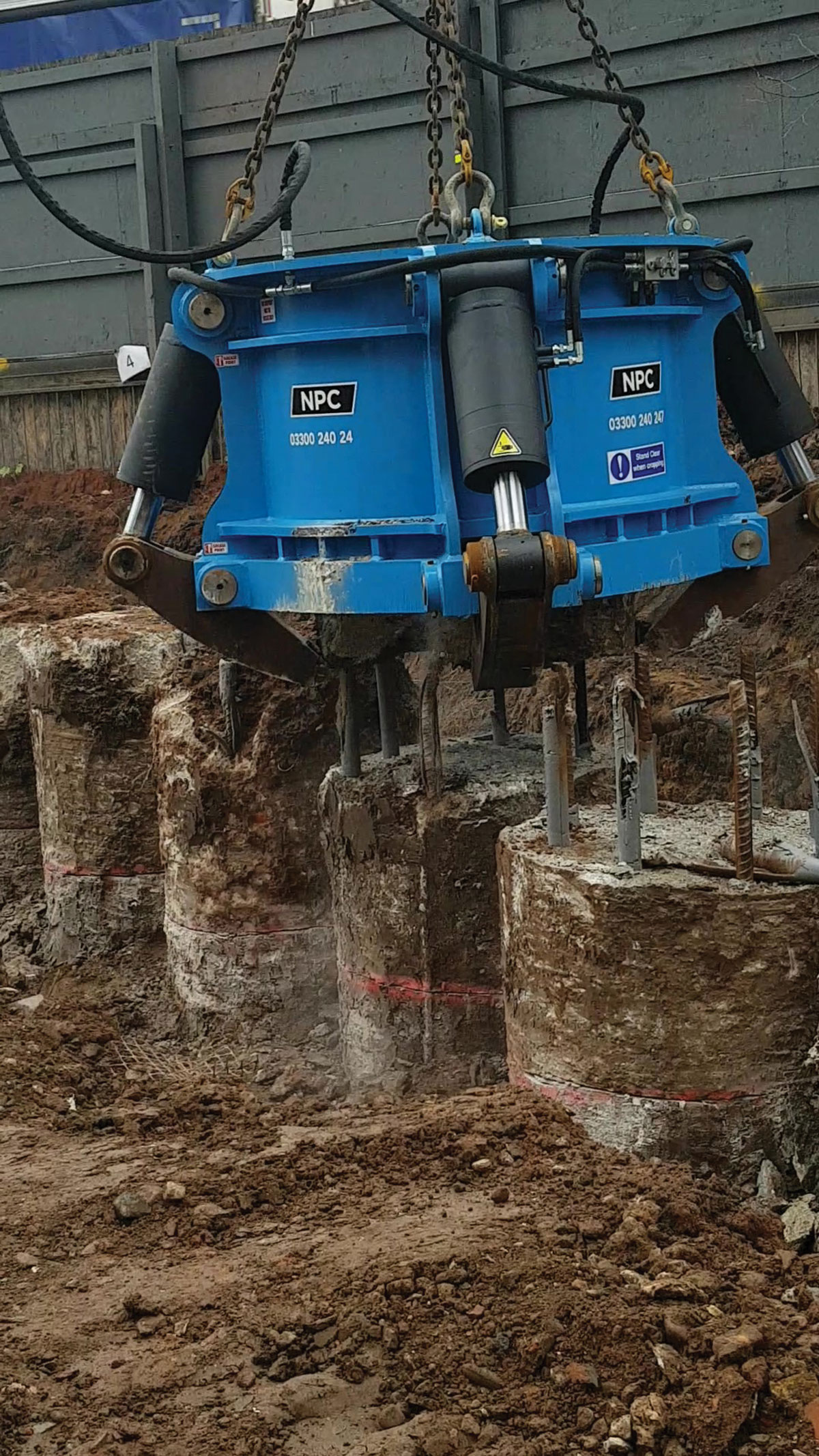 The facility and its Berlin location were announced by Tesla CEO Elon Musk in November 2019 at the Das Goldene Lenkrad award show. The factory will produce batteries, battery packs and powertrains for use in Tesla vehicles, and will also assemble the Tesla Model Y. Construction began early in 2020, with site preparation and foundation work, including the essential foundation and site clearing work. The initial work saw the placing of the first four construction cranes and the arrival of trainloads of building materials including pillars, beams and thousands of concrete piles of all shapes and sizes. Tesla was keen that the work be undertaken quickly, efficiently and environmentally friendly as equipment and systems would allow.

Prefabricated construction elements were chosen as an efficient method for building structures, including concrete walls, beams and piles. Large portions of the Gigafactory were assembled at a manufacturing site and then transported to the construction jobsite for installation.

To crop the thousands of concrete piles as efficiently, productively and safely as possible, the main contractor, Arikon, turned to Midlands, U.K.-based manufacturer and supplier of state of the art pile cropping solutions, National Pile Croppers (NPC). The company’s pile cropping solutions are mounted on a 360-degree excavator via quick release fittings. When lowered onto a pile or beam, the hydraulic system operates the jaw(s), allowing the pile cropper to cut a de-bonded pile, causing the concrete to break away, which leaves a horizontal finish. The chisels penetrate in a precise direction up to the rebar to make the fracture. On bonded piles, the chisels will penetrate further, and due to the shape of the chisels and the reaction forces of the rebar, the concrete will break in pieces and can easily be lifted off the pile, enabling recycling of the cut away concrete.

The piles that required cropping in Berlin came in a variety of sizes, diameters and construction techniques. Amongst the solutions provided included NPC’s largest Quad cropper, Quadzilla. This machine can handle large piles and beams, delivering high rates of productivity and efficiency.

The current Quad range (including Quadzilla) is not the end of the NPC’s investment in pile cropping solutions. “Although our range covers virtually all applications and requirements, we continuously invest in R&D to develop and refine our solutions,” said NPC director Paul Emberton. “We work with our customers to find out what they want and how we can help make them more productive and profitable. To this end, this year will see the launch of new solutions that are currently undergoing field testing and refinement.”

The NPC products that worked on the Tesla Gigafactory proved their worth and have contributed to the efficiency of the project. “We are proud to work with a company of Arikon’s standing on behalf of global trendsetter Tesla, to help them with this strategically vital project. The pile croppers we have supplied have helped ensure that the cropping part of the project was done to deadline, as efficiently, safely and productively as possible. We look forward to working with Arikon again on other projects as the need arises,” said Emberton.