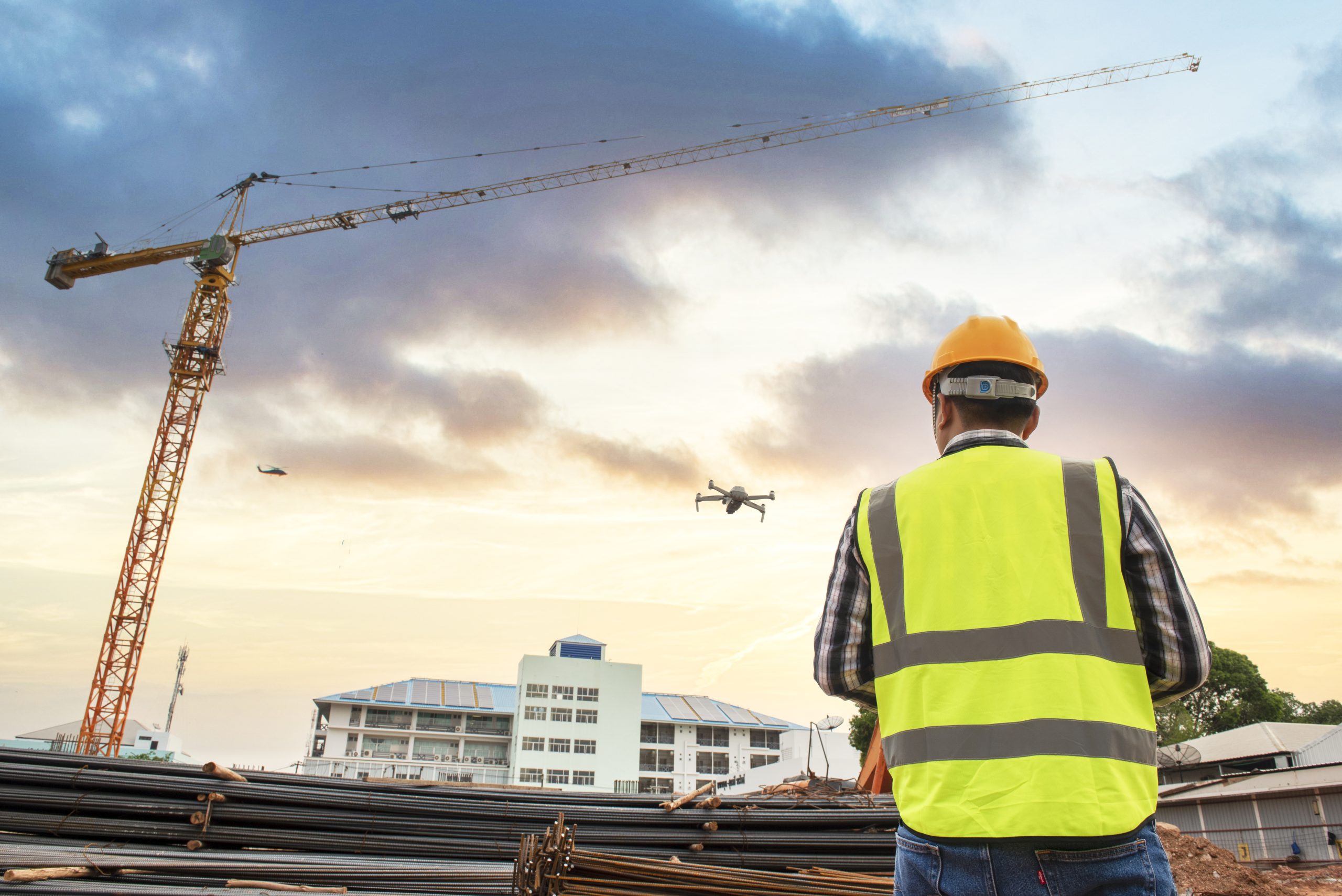 When drones were introduced into the commercial sector, many perceived them more as a gimmick than a viable technology. Since then, however, drones have become more widely adopted in law enforcement, emergency services and search and rescue. More recently, doors have opened to offer even more exciting implications for drone technology, including industrial applications that could completely change the nature of construction work for the better.

The construction industry has historically been one of the most labour-intensive industries for human workers. However, over the past decade, new tools were developed that make construction workers’ lives easier and streamline operations, making the process more efficient. This is primarily through machine learning and artificial intelligence, automating the more mundane (yet still labour-intensive) construction tasks, allowing human workers to devote more time to the more complex tasks.

Drones in the construction sector

The most exciting application of machine learning in construction is the implementation of drones in construction projects. Not only does this technology have the potential to make construction operations significantly more efficient, but it can also save lives. Studies have shown that construction is one of the world’s most dangerous occupations, mainly because workers often work in hazardous locations.

Drones in construction operations can significantly improve worker safety. No matter how many precautions a supervisor or project lead takes on a jobsite, there are bound to be accidents. However, properly utilizing drones as a tool in construction can prevent workers from entering dangerous situations. For one, drones can be operated by a human operator from a safe distance, keeping them away from any potential hazards. As a result, drone operators can survey a construction site for any danger before their team is dispatched to take action.

Drones can also help significantly during the project planning stages by allowing designers to collect much more comprehensive data. Features such as infrared imaging allow a much deeper, more detailed inspection of sites. The birds-eye view of construction sites that drones can create enables workers to see the jobsite from angles the human eye never could without risking workers’ safety. This capability allows workers to create a much more detailed design and plan for any obstacles or challenges that may not have been visible from the ground.

Benefits of using drones in construction

One of the main reasons that construction companies have been gravitating towards implementing drones into their operations is their ability to reduce the strain on an already-strained workforce. Recent years have seen more open positions than employees to fill them, but the advantage of a drone-based workforce is the ability to complete mundane, labour-intensive tasks allowing companies to allocate human force to where they are needed the most.

These same concepts can be applied to assessing the jobsite status after construction is completed. Tests must still occur after the construction process to ensure there are no vulnerabilities in the completed structure – if a construction site is left in an improperly finished condition, there could be devastating consequences.

Drones are a solution to many issues that have plagued the construction industry since the advent of modern architecture. From making the jobsite safer for workers to making operations more efficient, the effects of implementing drone technology into an operation are almost unilaterally positive.

By eliminating the need for human workers to complete the more unsafe tasks of construction work, enabling them to focus their attention on the more specialized aspects of their jobs, drones are poised to become the future tools of the construction industry’s workforce. Construction companies must embrace the advantages of this new technology, not only for the sake of their workers, but also for their bottom line.

Shaun Passley, Ph.D., is the founder of ZenaTech, which owns the ZenaDrone technology. He is also the Founder of EPAZZ, Inc.’s software and product development which includes the design, research and development of ZenaDrone and future products. Passley has an MBA from Benedictine University, an undergraduate and graduate degree from DePaul University, a graduate degree from Northwestern University and a doctorate from Benedictine College, which have allowed his creativity and entrepreneurial spirit to identify key market opportunities and successfully launch new ventures.